During his visit to NASA in the early sixties, John F. Kennedy stopped to have a word with a facility janitor mopping the floor. When asked what it was that he did for the organization, the janitor’s reply took the President by surprise. As the janitor was not an engineer, a scientist, or part of any operations or media teams, one would assume he did not have any direct influence on the success of landing a man on the moon. What he did have was an understanding of the organization’s mission, vision, purpose, and alignment with his part in the success of it. And while mopping the floors may have seemed like a mundane and insignificant responsibility, the janitor understood his contributions to something larger than himself. He was helping the United States of America make history. 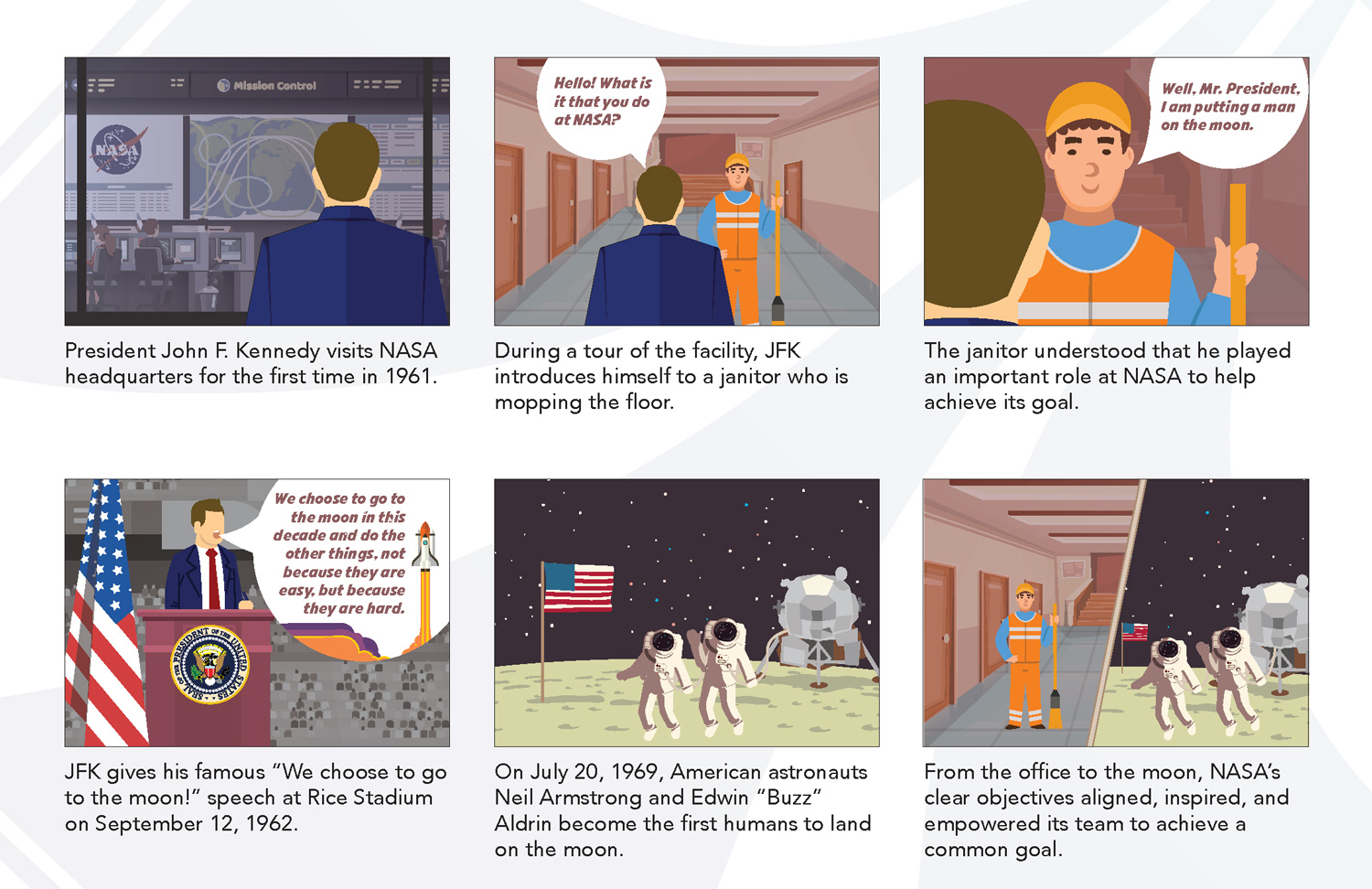 Learn How to Engage Your Most Valuable Workers

Investing in your frontline workers is an investment in your company’s bottom line.   In…

Don’t Wait For an Incident: Have a Safety STAND UP

A Buzz Word That Matters: Engagement